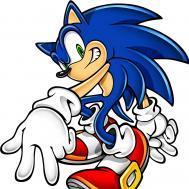 What franchises do you want the Sonic franchises to have a crossover with?

57 posts in this topic